Compared to most common languages Chinese inheres a big gap between spoken and written. Once I had arrived in China I found out at several occasions.

Back in spring 2019 I had started studying Chinese by myself. To facilitate progress I had leveraged several online tools including one charged software. It turned out to be much fun and soon I had memorized many words and grammatical structures. Additionally I had studied simple texts and translated the lyrics of my favorite Chinese songs. Like this one:
Jacky Xue – Renzhen de xue 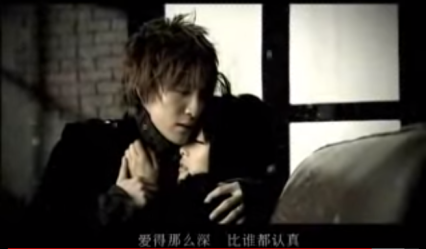 With all that I had neither felt particularly ready nor unready when I took off from Paris airport in October. By the way, I liked Paris’ CDG-Airport – it turned out to be huge and most modern even accommodating futuristic people movers.

Spoken Chinese is much more formal than written Chinese. For many learners this may complicate reading news or any sort of textual correspondence.

Even if you’re not intending to learn written language, it would still help you recognize and distinguish it from spoken Chinese as you wouldn’t want to intermix your conversational vocab.

As for me, I ever had only aimed to carry on normal conversations. My idea: Once able to talk and gabble in Chinese, then memorizing respective characters would be easy. Hasn’t worked out yet. 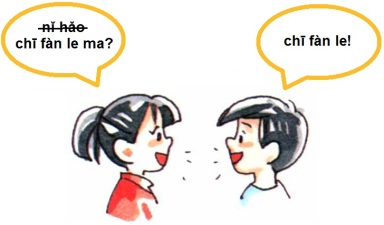 Don’t worry, you can still say 你好（nǐhǎo）. A very spoken way though is to ask: “Have you eaten?” （吃饭了吗？chīfànle ma?）. As it turned out self-studying online had taught me both spoken and written words which got me in quite some silly encounters in China.

The above words mean the same thing, but are peculiar to either the spoken or written language. Most spoken words are shorter and more informal than their written equivalents.

Spoken vs. written vs. informal vs. formal Chinese 😋

Spoken Chinese is more humorous and relax whereas written Chinese is more serious and elegant. In some cases, written words can be odd to use in oral conversation to the extend that it wouldn’t be comprehensible at all.

Basically, Chinese natives may show four distinct reactions to foreigners trying them on Mandarin (see below).

The first case would be rare, since you won’t flatter anyone by conversing very formally. However, I remember once telling a Chinese girl 有滋味（yǒu zīwèi）”It’s delicious”, which is rarely said but somehow flattered her.

Imagine, you’re happy that you just managed to form a sentence, when your Chinese counterpart shows an unnerved response. Why you wonder? You might have been too formal! Saying the sentence above could make you look like the wise guy below to Chinese people.  ; -) 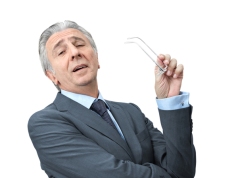 Imagine you’d want to watch a movie with someone and ask: “你想和我一起去观看电影吗？” (Nǐ xiǎng hé wǒ yīqǐ qù guānkàn diànyǐng ma?). That way you might even trigger some defensive reaction.

Most of the time, when I put it very formally, it irritated people. That is simply for they might have not understood at all. Too often I got myself into awkward situations.

Sometimes I suggested to 外出 (wàichū) go out, or to 尝试（chángshì）try [something] which left most people speechless. Did I actually suggest to emigrate abroad or to cheat?

I most vividly remember the day I had lost the elevator key to my floor. The guard I told: ‘Wǒ diūshī le diàntī de yàoshi’. That, most surprisingly, didn’t get the message across. Guess why, I was talking quirkily formal^^ . Had I omitted ‘shī’, the arising confusion would have been avoided.

After all, isn’t it somewhat of an irony that Mandarin sounds like geek-speak to us Westerners, whereas our “flawless” Mandarin would often leave Chinese natives utterly perplex?  : -D

Self-evidently, my odd pronunciation must have contributed to many misunderstandings. According to the below graphic though, there’s much reason to be positive about it ; -)

How long does it take learn Chinese pronunciation and grammar? 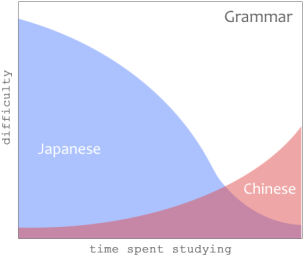 Learn more about those Chinese sandtraps and how to avoid them. Come study Chinese with us! Have a free trial class at our Chinese language school!
We offer Beginner to Advanced Mandarin courses – at place or online!